For a long time, daily chemical enterprises are faced with the recruitment difficult predicament, this situation is particularly serious. Guangzhou some cosmetic companies said plaint to the reporter, director of recruitment are fast to grab one now. On the other hand, the main force that now are basically after 90, although their unique thinking and ideas sometimes make a lot of dust after after 70 and 70, but after 90 lax attitude on the job also led to the labeled the “sense of responsibility is not strong”. Long-term focus on the development of the talent market of full-time investigators han zheng told reporters: “from 1988 to 1988, the Chinese population showed a trend of decline in the birth rate, the statistics are staggering.” Han zheng said, “a sharp drop in the number of labor, means fewer jobs in the same, you can choose the number of less. In the future, each enterprise talent war will be more fierce, enterprises have to pay more for human resources and cost.”

Less in the face of vacancies, and artificial factors caused by production inefficiencies, cosmetic companies are not as good as a different approach. The progress of science and technology can bring people unexpected convenience, such as cosmetics in the production of fully automatic or semi-automatic machinery and equipment. Several automatic production equipments for more than one production line can greatly save manpower cost, also can greatly increase the production efficiency.

Like above Guangzhou SinaEkato Chemical Machinery co., LTD. Production of fully automatic paste filling machine and unscramble bottle machine, is integrating filling unscramble bottle automatic paste filling machine, do not need artificial docking bottle, etc. In some ways, the manufacturing process automation can guarantee the quality of the products, will not bring safe hidden trouble because of the artificial factors. 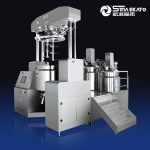 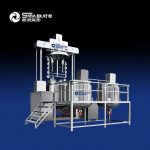 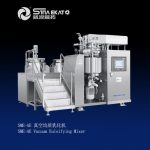 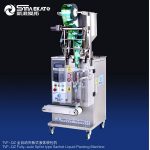 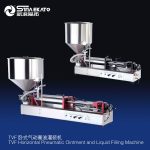 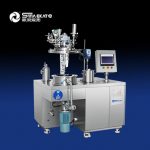